“The Negro in Rhode Island: His Past, Present & Future” 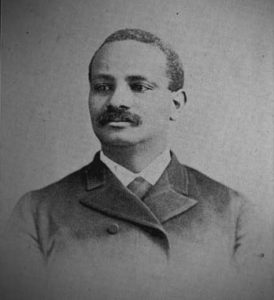 Over one hundred and thirty years ago, my ancestor, Reverend Mahlon Van Horne of Newport, Rhode Island wrote a narrative on the past, present and future of the “Negro” in Rhode Island and the nation. This narrative faithfully reflects today’s issues of social justice as it did in 1887 when it was first published. Van Horne was one of Rhode Island’s, and the nation’s, African heritage trailblazers. The pastor of Newport’s Union Colored Congregational Church, which evolved from the first African Union Society in America in 1780, he became the first person of color to be elected to the Newport School Board and Rhode Island General Assembly, leading the effort to pass the state’s first Civil Rights legislation in 1885. During the Spanish American War, he was appointed by President McKinley as Counsel to the Danish West Indies. Van Horne was also a student of African heritage and history and published an important narrative that would challenge the notions of religious freedom, equal justice and discrimination that continue to be the greatest impediments for a just America, a place where all citizens are entitled to the same rights and benefits. He wrote:

There can be no question as to the purposes of God when we consider the history of any particular section of this country. The human family was looking for a field in which to expand into a broader and brighter life. Protestantism and a simpler worship was the burden that weighed upon the men and women who migrated to these shores. The Catholics who came to North America were aggressive and wide awake, but found themselves surrounded with a dominant new spirit of civil and religious liberty. Amid the friction engendered by these forces, the Negro appears upon the scene. He was not a persecuted Christian, but heathen man with a great human heart.

He was landed in America not to catch the spirit of liberty and religious freedom which the Puritans expected. His was to be an entirely different experience. The Puritan would be schooled in the things that would draw out his self-reliant individuality in all matters pertaining to manhood. The Negro was to live in the Christian home and upon the rich plantation of the now favored pilgrim, yet the Negro is impressed with the fact by teachers in the schools, the pulpit and the press that his destiny was to be a hero of wood and drawer of water. That his individuality was to be the personality of his master.

Two hundred and forty years he bore this yoke upon his neck in Christian America. It is true there were flashes of liberty on his behalf. The efforts through all this period was like the beating of waves against the rock bound coast. American slavery was the most hopeless and demoralizing of any recorded in history. In every slave state in this country, as long as the system lasted, all prosperity gained by the slave belonged to the master. How large a part of their lives have been spent in labor that has returned them nothing?

We cannot consider the Negro of today and tomorrow without consideration his environment in the past and present. Our present may be considered as beginning with the completion of Reconstruction and by the amended Constitution which accords to the whole people every right belonging to man. The inspiration of hope is leveling the whole lump. Prejudice is the bar, however, that stands in the way now, and prevents a complete development.