The Right to be Heard: Black Voices in Rhode Island History 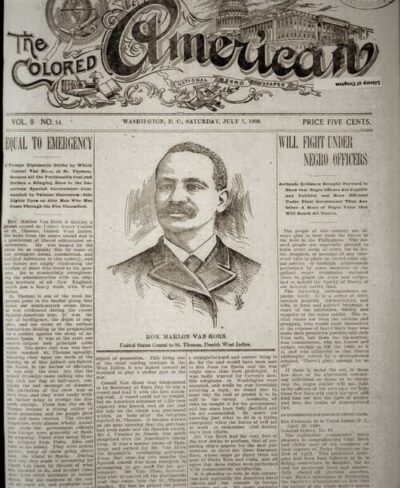 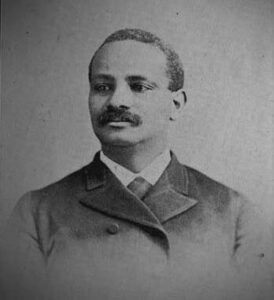 As we are in the midst of a worldwide Black Lives Matter and social justice movement, the right to be heard as people of African heritage is tantamount with building a more just society. Here in Rhode Island, there are many historic documents that amplify what black voices have said about Rhode Island and America within the legacies of slavery, discrimination, and economic isolation. The challenge oftentimes is before achieving solidarity and action, we need to listen, and we need to learn from those in history that have led and bear witness to the struggles to achieve equal rights for all. One of the Black voices in Rhode Island’s rich history is a man of both the cloth and political affairs.

Reverend Mahlon Van Horne was pastor of the Union Congregational Church at Newport, Rhode Island for nearly thirty years between 1869 and 1898. The historic church was established in 1824 as a religious and civic evolution of Newport’s Free African Union Society, organized as the nation’s first African benevolent organization in 1780. Van Horne became a part of a new generation of post-Civil War, African heritage leaders who would lead Black churches into major leadership roles within the Reconstruction and civil rights movement of late 19th century America. A legacy that would influence 20th-century leaders including Rev Martin Luther King, Jr.

Van Horne’s stellar career as a religious and political leader was highlighted as becoming the first African heritage member elected to the Newport School Board in 1871 and the first to serve in the Rhode Island General Assembly in 1885. That year he helped to lead the passage of the state’s first Civil Rights bill that stated, “No person within the State shall be debarred from the full and equal enjoyment of the accommodations, advantages, facilities, and privileges of any licensed inn, public conveyance, on land or water or from any licensed places of public amusement on account of race, color, or previous condition of servitude.” In 1898 he was appointed General Counsel to Danish West Indies by President McKinley during Spanish American War. He was featured in major news stories about his service during the war including a major story within the Colored American Newspaper in 1900. Van Horne was also a social historian who collected and preserved the history of African heritage people in Newport, Rhode Island, and across America. 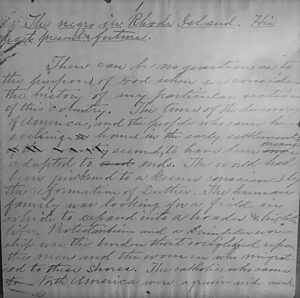