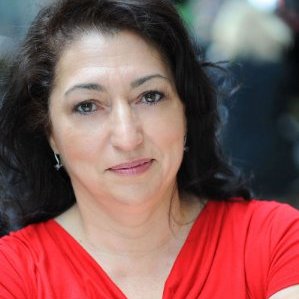 Theresa Guzman Stokes is President and founder of 1696 Heritage Group. Ms. Stokes professional background includes service in the United States Navy, nonprofit director, magazine editor and published writer with a focus on ethnic American history. Ms. Stokes has participated in and supervised dozens of historic preservation, genealogical and cultural resource investigations throughout New England and Virginia, with an expertise in African American, Latin American and Jewish history and genealogy. She also has years of experience in the design and creation of web sites and social media promotions tailored around historic, genealogical, and creative (Arts, Literature & Music) presentations. Her design work is also evident in the banner exhibits that are presented around the region, most notably the “Creative Survival” series presented in partnership with the Rhode Island Black Heritage Society.

With 20 years of organizational management experience, she currently serves as Managing Director for the RI Black Heritage Society and Executive Director for Historical Writers of America. Her professional memberships include the National Genealogical Society, and the Association of Writers and Writing Programs, as well as board membership at Preserve Rhode Island and Rhode Island Foundation Newport County Fund.

Ms. Stokes has received numerous awards for her web design and genealogical work, including the Women Webmasters Award for Excellence, the Ancestry Connections Genealogy Award, and, along with her husband, is the recipient of the Rhode Island Council for the Humanities Prize for Creative Achievement in the Humanities. 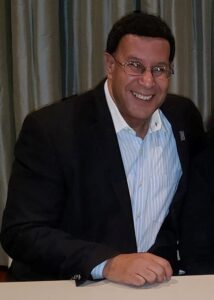 Mr. Stokes is Vice President with the 1696 Heritage Group. Mr. Stokes has a long and distinguished career in business and community development, with degrees from Cornell University and University of Chicago. His past professional positions have included Executive Director of the Rhode Island Economic Development Corporation and Executive Director of the Newport County Chamber of Commerce.

He has also been an Advisor for Rhode Island with the National Trust for Historic Preservation along with serving on numerous regional and national historic preservation boards including Chairman of the Touro Synagogue Foundation, Vice President & Trustee of the Preservation Society for Newport County, and Newport Historical Society.  Mr. Stokes is a frequent national, state and local lecturer in community & regional planning, historic preservation and interpretation with an expertise in early African and Jewish American history.  Mr. Stokes frequently appears on national historical programs including C-SPAN, Fox News Legends & Lies, and Ted Talk. Mr. Stokes recently travelled to Ghana, Africa to deliver a lecture as part of the 400th Anniversary of the Transatlantic Slave Trade.

He has been the recipient of numerous local, state and national awards including the United State Small Business Administration – Rhode Island Small Business Advocate of the Year Award, Raytheon Company Freedom Award, Sons of the American Revolution Good Citizenship Medal, American Sail Training Association Leadership Award, Rhode Island Black Heritage Society’s Fredrick Williamson Award Historic Preservation Award, Rhode Island Martin Luther King Keeper of the Dream Award and along with his wife, is the recipient of the Rhode Island Council for the Humanities Prize for Creative Achievement in the Humanities.

Antonio Lopes has over a decade of experience in brand strategy and strategic business development. Lopes served as the CEO for Seven Swords Media a creative content production agency. Under Lopes’ direction, the full-service brand strategy, advertising and marketing agency was ranked by Inc. Magazine as the 386th fastest-growing, privately held company in the country. During his tenure, Seven Swords Media also ranked 45th among advertising and marketing companies nationally, and 3rd among Rhode Island companies in terms of revenue growth over a three year span.

He is currently Founder / CEO of TILT Communications – a brand strategy, creative content production firm based in Pawtucket, RI. Believing that culture can propel brands forward in ways that advertising alone can never do, TILT is uniquely suited to today’s world. We create ads and messaging that inspires thought and moves people.

Josh Backer is Founder and Creative Director at Bravo Charlie Delta. Josh works with clients to create the content and tools they can use to tell their story, build a culture of philanthropy and catalyze impact in the world. As Creative Director, Josh conceptualizes and executes creative plans, curates a roster of professional talent and oversees the creation of strategic video content. Josh studied filmmaking at Rhode Island School of Design and has been making media since 1999.

Keith Vieira is a full stack software engineer & entrepreneur from Fall River, MA specializing in Web/Mobile Software development. With over 15 years of experience working with and within businesses ranging from small family owned to large fortune 500 enterprises, Keith is able to take this extensive knowledge and produce top tier content for any size project. Working within this range of businesses allowed him to master a variety of technologies and studies such as React, WordPress, NodeJS, PHP, Responsive & Animated Design, Scrum, and numerous others.

Keith is currently a lead engineer at Zipcar maintaining and building features on a number of customer facing applications that service millions of users a month, as well as running Delavie Media, his own marketing agency focusing on small to medium sized businesses.